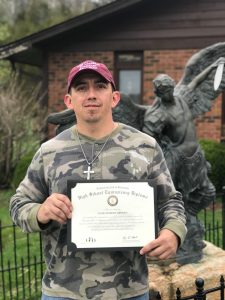 I was the fourth child out of six and was born and raised in Covington, KY, just across the river from Cincinnati. My dad was hurt in the military and we had to survive on a fixed income, so if I wanted something, I had to find a way on my own to get it. From an early age I started selling drugs and worked as much as I could.

I always thought if I could just get enough money or stuff, people would like me, and I would be loved. All this did was leave me empty inside and always looking for what would fix me.

With enough hard work and knowledge, I was able to start my own company, so to the world I was successful – but I was still missing something. I swapped addictions until God was the only thing I hadn’t tried.

My whole life I loved a challenge, so when my pastor pointed this place out, I agreed.

Then we called Jeremy Long and he told me that Cincinnati Teen Challenge Men’s Ranch makes warriors for Christ and that it was not a rehab, I was in! When I got to the Men’s Ranch it was a culture shock. The love that was shown to me and the way they lived life was unlike anything I had ever seen. They loved me in spite of my wrong doings and of what I could do. This is what really challenged me to change. The times I thought I should get punished, we prayed. I realize now that the true heart of a warrior is made from the inside out.

Life changing. On top of that I completed my GED there proving I can now do hard things in Christ.
Lord, help me to show this kind of love to everyone I come in contact with! 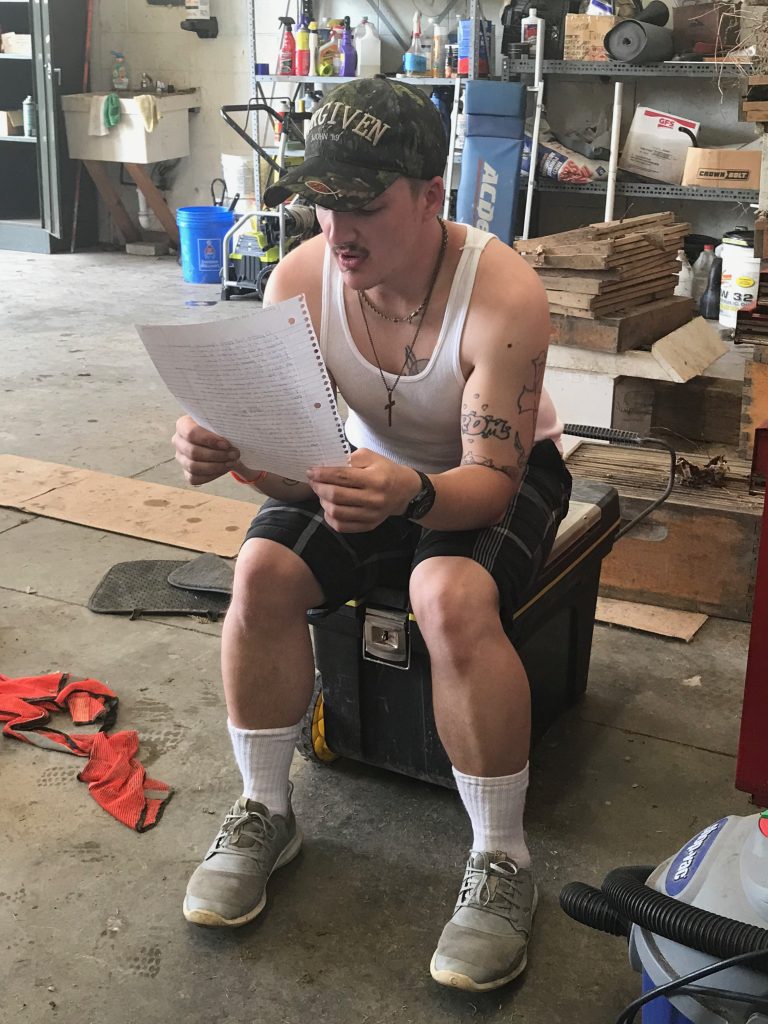 I was introduced to marijuana at the age of 10.  By hanging around “friends” at the age of 14  I was introduced to cocaine.  But it was the frequent use of marijuana that became my impediment to completing high school.  I had been on an Adderall script since about 14 but I was also abusing that and selling it for other drugs.  I would float between different jobs and do part time work like mowing lawns.

Because of an altercation with a relative, I was charged with domestic violence and theft.  The result was a four year sentence.  Following a year of incarceration I was awarded judicial release.  For three months after that, I was doing fine.  As good as one can do without God in their life.  But events and circumstance led me back to using.  After a year I was a real mess.  Now, I never personally had much of a spiritual life, short of the testimony and admonishing from my Grandma and my mom.   During a binge, I clearly heard the Holy Spirit say to me, “Son you are going to die unless you change your ways.”  Even though those around me thought I was crazy and tried to convince me otherwise, the next day I turned myself in knowing I would be found violating parole.

Following two months in jail, I had my day in court.  While in the holding room, with about five others, I got down on my knees and cried out to God, “If you show me you will not give up on me, I will show you I will not give up on you.”    Appearing before the judge, thinking he is going to throw the book at me, he instead offered to send me to Teen Challenge, even though ít was against his better judgement.  I had never heard of Teen Challenge before this.

When I came to Teen Challenge, I was lost and  on a mission to find that missing piece (peace) to my life. I believed  in a rules bases form of salvation and faith  with no concept of a relationship with God.    For instance, I thought I could  live my life full of sin, then, because I confess Jesus as my Lord and Savior I would be all right.

Since coming to Teen Challenge, God has transformed, blessed, and showed Himself to me in so many ways. He has shown me the meaning of His love and the value I am because of it.  And not just to be loved but how to walk in it. I now understand how it feels to be truly forgiven and how to truly forgive others. He has taught me patience. Many times, I had wanted to walk away from the Ranch, but now, I finish with my head up. I have learned how to look beyond what’s in it for me to instead doing everything in a way that would honor God

I am so thankful to God, and Teen Challenge.  To all the staff members at the Ranch, mentors, volunteers, and especially George Martin, thank you.  I can now pursue a job that I can be successful in so that I can marry and provide for my fiancé.   I want to be a servant and help give to others what God has given to me.  Because he has given me higher goals to reach for